The project is implemented under the coordination of General Directorate of Combating Desertification with 86'000$ GEF funds and 200'000$ in-kind contribution of the Republic of Turkey in 2018-2020.

Results according to DS framework

Operational Strategy and Action Plan and Scaling out SLM

Operational strategy and action plan of the project has centered around a showcase in Turkey, focusing on the land restoration system developed in Karapinar, near Konya, and promote, upscale and replicate the sustainable land management practices of this system. A private enterprise invested in a farm business supplemented by governmental subsidies within the program of The Environmentally Based Agricultural Land Protection Program (known as ÇATAK in Turkish). In this context, governmental and non-governmental stakeholders of the region were approached to show that how partnership between the private sector and governmental institutions could help catalyze a remunerative farming system in an unproductive land under the impact of drought. Furthermore, to perform effective capacity development and the SLM territorial planning, together with the relevant stakeholders the operational strategy and initial action plan was revisited for prioritization and implementation action plan.

A field mission along with consultation meetings was inceptively set in 7-8 June 2018 in Karaman. The project team visited some of the project stakeholders, briefing the DS-SLM project and stakeholders shared their view/comments with project team during the programme. Karaman Directorate of Forestry, Karaman Governorship, Karaman Municipality, Karaman Provincial Directorate of Food Agriculture and Livestock, Karaman Directorate of State Hydraulic Works, and Coordination Unit of Agriculture and Rural Development Support Institution were among the stakeholders along with different farmers and producers organizations and associations.

Particularly policy reviews with the institutions of the region listed above assisted identification of national and regional SLM targets, objectives, and barriers. Strategically, it has been agreed upon by national/local executing partners that only a techno-economic system was operationally feasible for cultivating slat-affected soils in extreme calcareous condition with a low agricultural land suitability. In the UNSPED farm, agriculture in the large parts of the Marl plain has become economic where it was marginal before since it has poor saline and alkaline soil conditions and aridity, which required up-to-date irrigation and drainage system to sustain the farm activities.

Turkey is one of the countries prone to desertification, land degradation and drought (DLDD) in the World due to its location, climate, topography and soil conditions. Climatologically, throughout of Turkey, 65% of the national territory has arid, semi-arid or sub-humid characteristics. The Great Konya Basin, which is one of the greatest basins of Turkey, has a very interesting problems in terms of LD and SLM assessment because of its soil formation and salinity. Situated at an altitude of about 1010 m, the basin has semi-arid climate with cold wet winters and hot dry summers, having very limited water supply. Unlike the normal basins of Turkey that collect in river and drain to the sea, it is closed and has interior drainage system and its sub-basins generally end in a saline lake or a salt bottom. Unsustainable land use, overgrazing, climate variability and change, including more frequent and severe droughts, and limited access to capital and modern technologies are the principal drivers of land degradation (LD) in the Great Konya Basin. Therefore, SLM practices, which are environmentally friendly, are of pressing significance for the region to reduce LD and better ecosystem services and biodiversity and increase resilience to climate change and drought.

Several dams have been constructed in the upper parts of the sub-basins to combat aridity and drought and many attempts have been made to improve agricultural to improve agricultural conditions by irrigation in the last 80 years in the Great Konya Basin. However, the fact that building these upstream dams reduced streamflow by intercepting and storing water worsened the downstream effects of the hydrological drought, particularly making it the worst in recent records. Indeed, these dams have had the unprecedented and potentially irreversible impacts on the hydrological, agricultural, and ecological systems across the basin and resulted in easy occurrence of salt-affected soils in the lowest spots of the sub-basins.

Akgöl Wetland with the 24.000 ha surface area is one of those areas where drylands showed up and turned into the agricultural lands by the significant land-use changes after the dams prevented surface run-on waters and karst aquifers reaching down to the wetland. Although topography and most soils seem favorable for agriculture in the Akgöl sub-basin, the aridity forces the farmers of the region to dry-farming, only dependent upon natural rainfall. In these conditions of salt-affected soils together with drought impacts, fertilizers are rarely used and yields are irregular and poor. The choice of crops is limited by the short growth season, as well.

After more than 10 years, applying SLM practices in combination with costly infrastructural requirements for irrigation and drainage, the UNSPED farm technically and economically justifies the remunerative farming system for sustainable agriculture and its scaling out. This is the main reason why the focus of the DS-SLM project in Turkey is to showcase the land restoration system developed in the UNSPED farm. The partnership between the private sector and government was found significant to catalyse a remunerative farming system operated in the UNSPED farm.

In this connection, the pilot area was surveyed to select the best practices to report in the project; and the project team and the stakeholders agreed on structure/steps for reporting of best practice in selected pilot area.

The UNSPED Agriculture and Livestock Company was thus visited to set meetings and field assessment. Demonstration sites for disseminating SLM practices were identified.

A WOCAT training was organized to train around 25 people from different regional and local institutions. The training was composed of two parts held in class and in field. Initially, the trainees were given lectures on objectives of the training, DS-SLM in Turkey, WOCAT methodology, the Questionnaires on Technologies (QT) and Approaches (QA), and WOCAT Database to certain extent before the trainees explore those in the field. Later on, all team went to the field of the showcase area to observe SLM technologies which would be for reporting within the framework of the project.

The farm of the UNSPED Agriculture and Livestock Company has set out several SLM technologies and approaches since 2007 to cope with desertification, land degradation and drought (DLDD) in the Akgöl sub-basin. Establishment of the diverse irrigations systems such as circular pivot, drip and sprinkler irrigation systems depending upon spatial planning and crop pattern especially tapping into crop rotation systems has been marked as SLM technologies to deal with carbonate rich saline soils of the region together with efficient drainage system. It is important here to note that only a techno-economic system was operationally feasible for cultivating saline-affected soils in extreme calcareous condition with a low agricultural land suitability. Therefore, the SLM approach of government - private sector cooperation for agricultural production and enterprise development to deal with very challenging land conditions were discussed in situ with the stakeholders. Operationally, a private enterprise invested in a farm business supplemented by governmental subsidies within the program of ÇATAK etc. exemplified a successful tool for mainstreaming and upscaling.

Therefore, this already operative incentive scheme, ÇATAK, is strategically planned as a policy mechanism for scaling out the selected SLM practices.

SLM Implementation and Scaling out

The Environmentally Based Agricultural Land Protection Program (known as ÇATAK in Turkish) has been put into effect in 2005 as one of the component of the Worldbank supported Agricultural Reform Implementation Project (ARIP) for the districts of the regions, administratively including district of Karaman, where the UNSPED farm is located. The objective of the incentive is to protect sensitive regions of Turkey in terms of water, soil, landscape and biodiversity by setting aside agricultural areas formerly planted to crops in excess production or subject to severe erosion and replacing harmful agricultural techniques with more environmentally friendly practices.

In this step, it is very crucial to integrate selected SLM practices for agricultural restoration into the ÇATAK incentive mechanism in order to facilitate SLM implementation and to scale out with the support of this mechanism. After analyzing the ÇATAK mechanism and identify the specific opportunities for integrating the selected SLM practice (thematic and operational issues), it is aimed to formulate a proposal for strengthening and/or accessing the ÇATAK mechanism for scaling out SLM agriculture rehabilitation practice (target farmers, geographical areas, disbursements, etc.).

The WOCAT DS SLM knowledge management platform was introduced to the trainees from different regional and local institutions to make use of existing knowledge and comparatively evaluate criteria that are significant at all levels of scale and to perform reporting objectives during the project WOCAT training. Additionally, the Questionnaires on Technologies (QT) and Approaches (QA) were translated into Turkish to raise awareness.

The ÇATAK operation -related local and governmental institutions and stakeholders have been contacted to conduct meetings and organize workshops in order to discuss on the proposals, to formulate a develop communication material about the SLM agricultural workshops of integrating the selected SLM practices, and to support farmers of the region to develop proposals for accessing ÇATAK for implementing the SLM agriculture rehabilitation practice.

Republic of Turkey Ministry of Agriculture and Forestry www.tarimorman.gov.tr 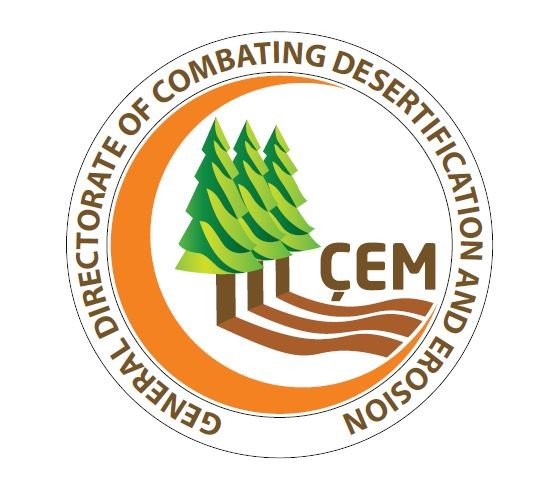 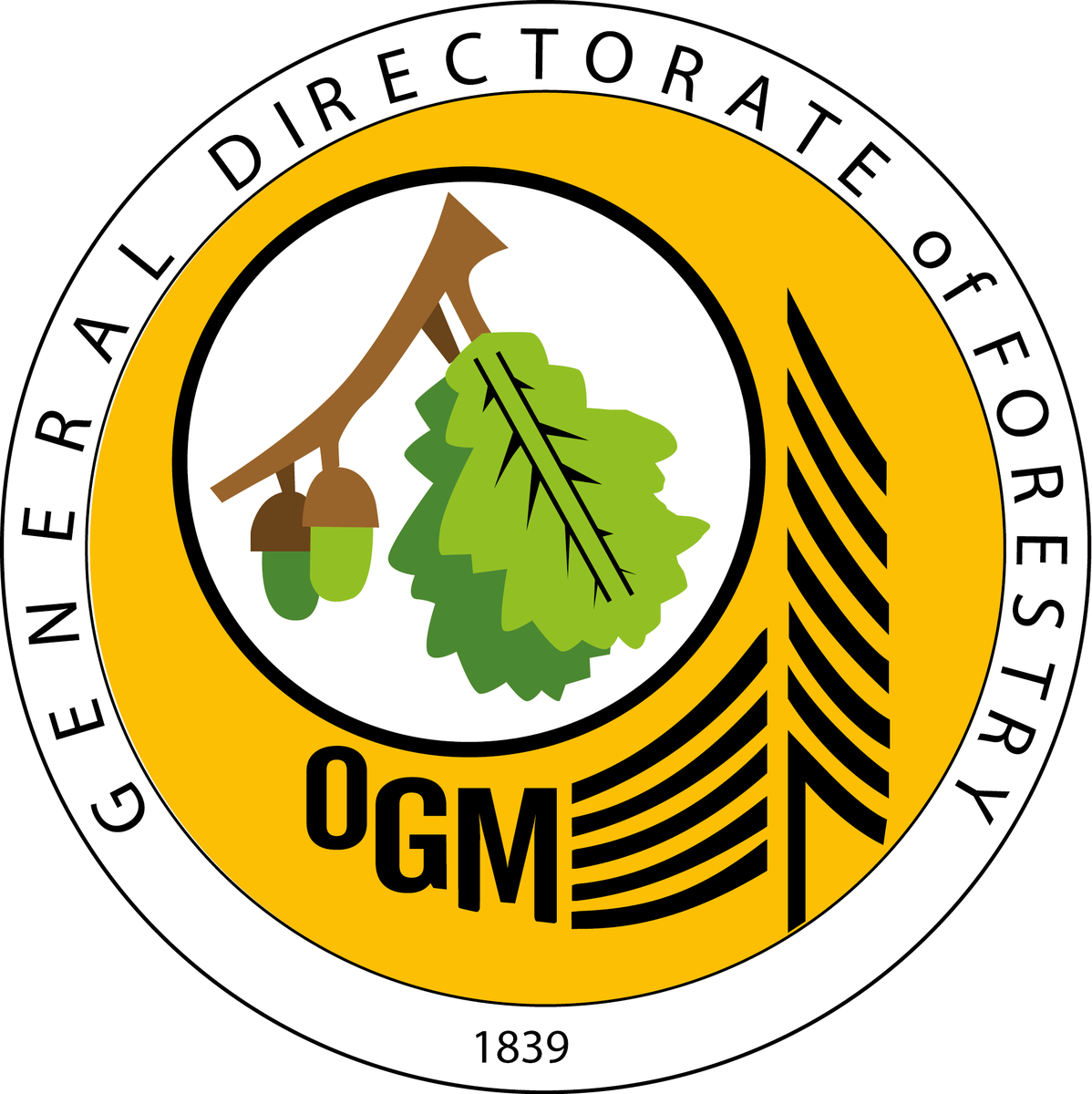